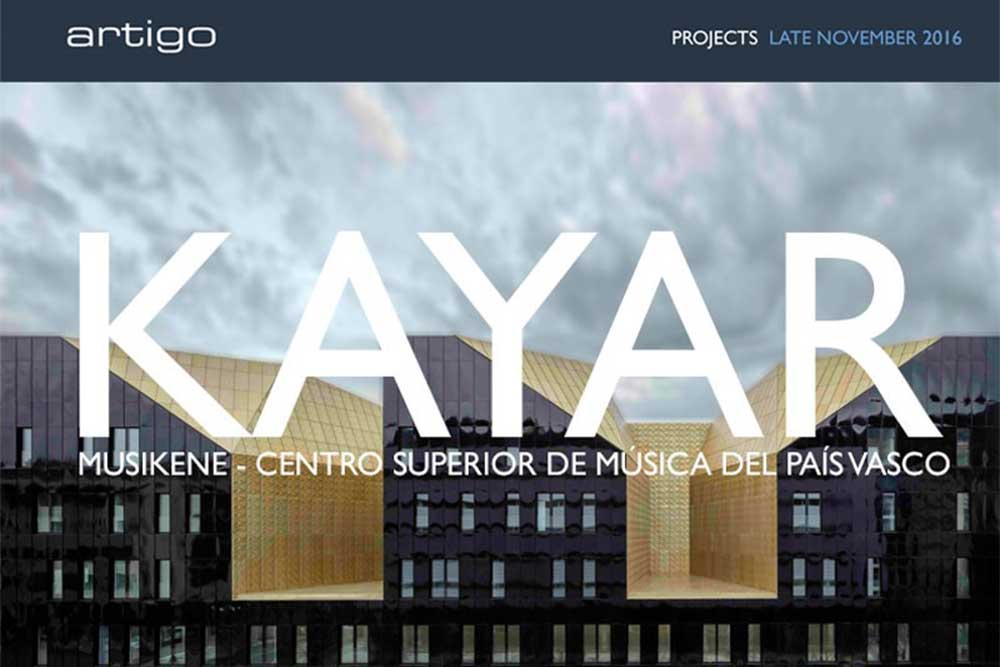 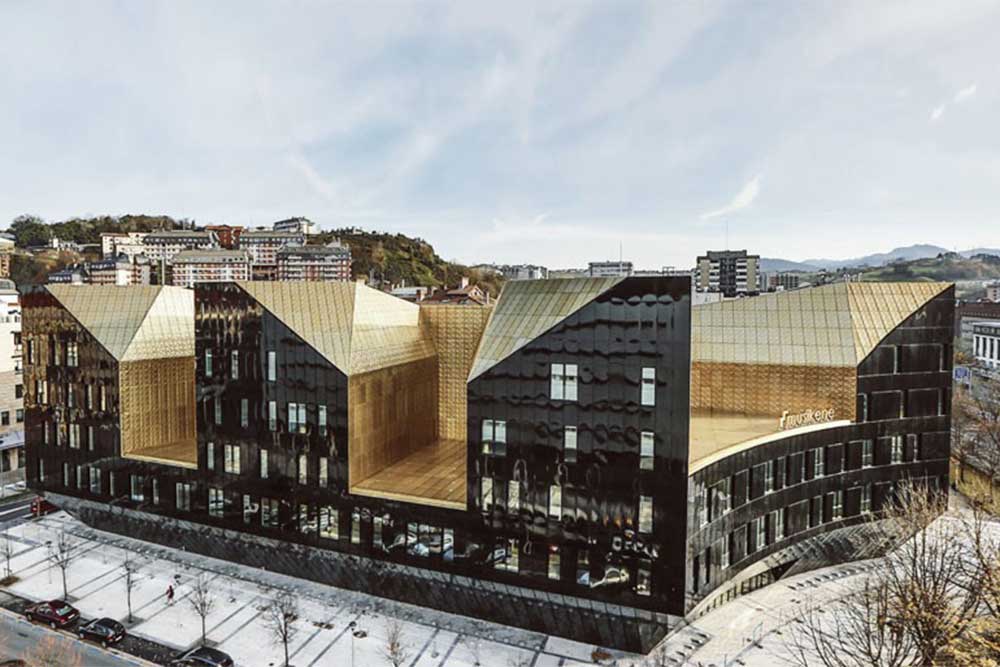 Architecture of striking contrast with a black aluminum-clad facade and gold inner surfaces.

'The Cuts' as referred to by the designers are three large incisions carved into the compact volume with clean and straight cuts, act as acoustic screens and show the inner brightness of the building to the city. The black-gold association is also a nod to the finish of many musical instruments, making the building almost speak for itself as per its function. 'Se trata de un corazón dorado or It's a golden heart' as the architects GAZ Arquitectos refer to their project Musikene, the Higher School of Music of the Basque Country in San Sebastian, Spain.

As part of the building team, Chroma global flooring UK partner Artigo provided 8000 sqm of their exclusive Kayar rubber flooring (in black of course) designed for Artigo by Sottsass Associati. Kayar’s main feature is the presence of natural coconut fibers, randomly distributed in the surface. A natural element that breathes life in every setting.

The 'golden heart' refers to the Auditorium, the vital core of the building that has the capacity for 420 people and a stage as large as the seating area and the Musikene can host a 100-piece orchestra. The building with it's large "golden speakers" is what makes Musika a recognizable landmark”. 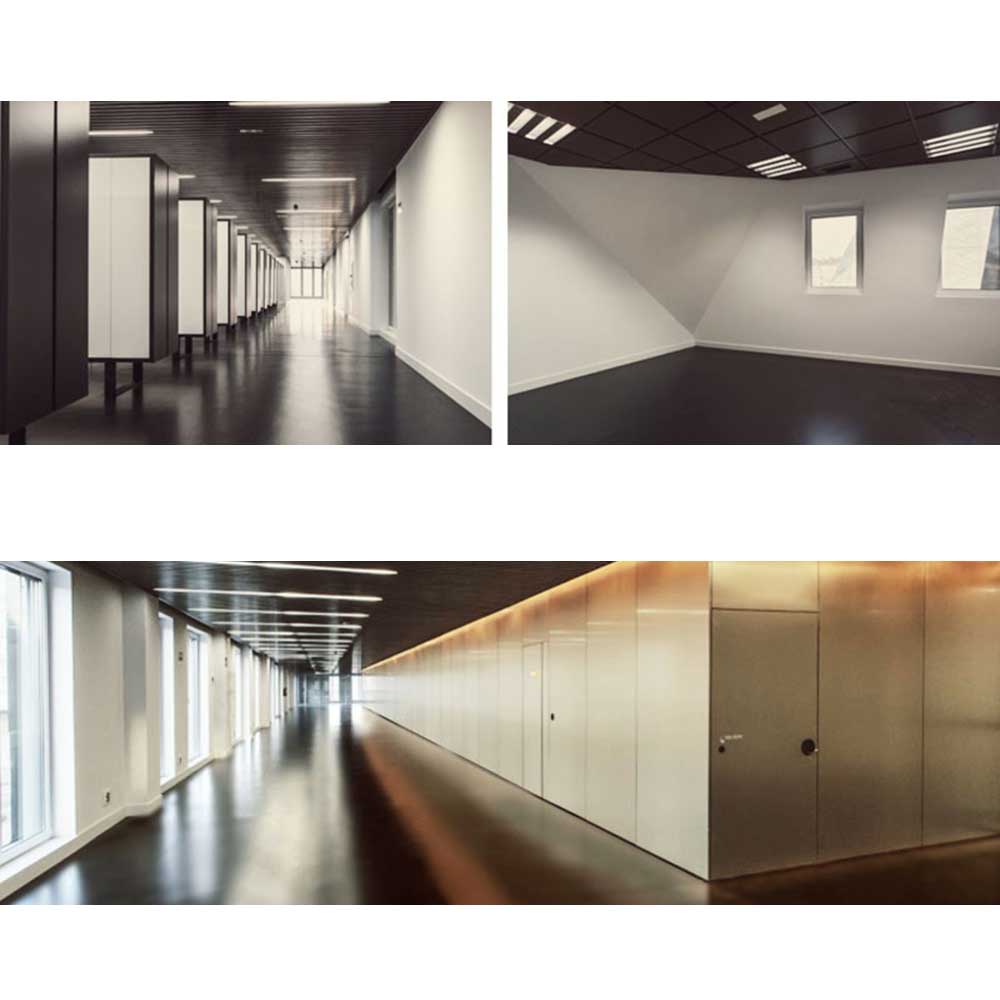 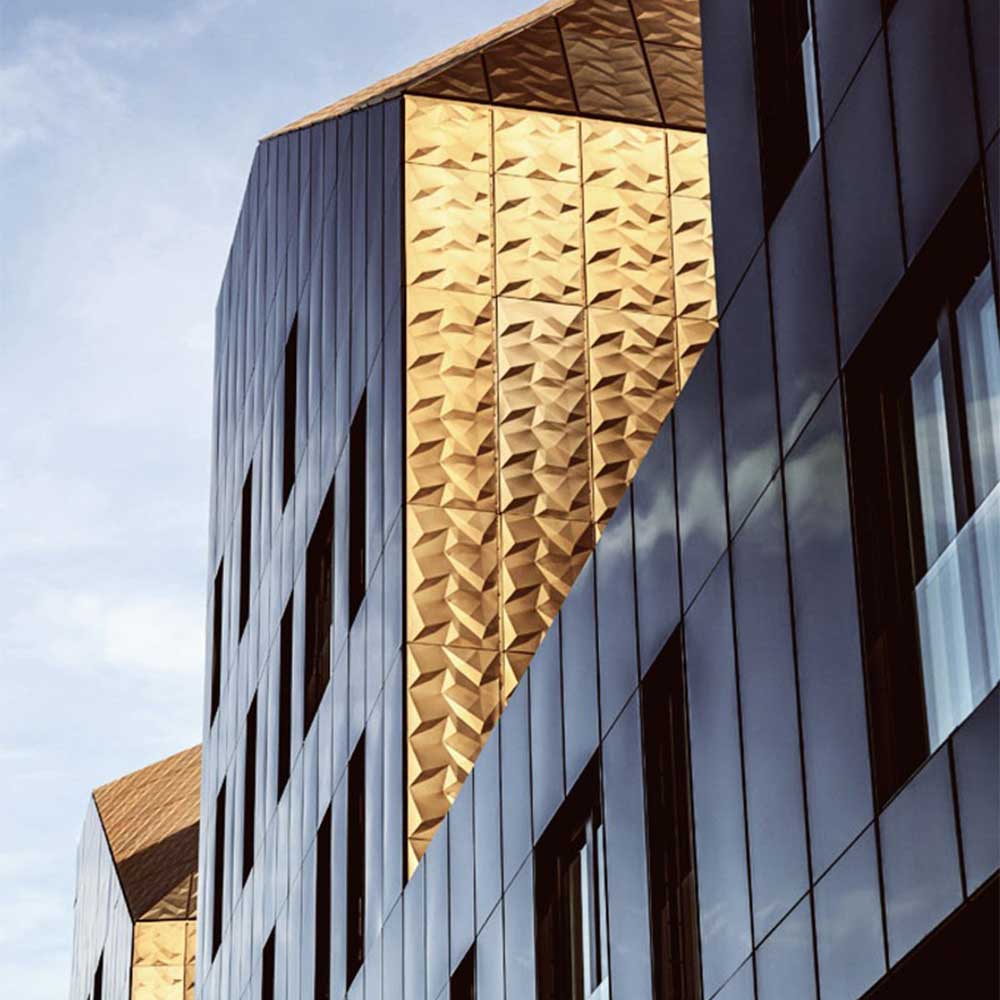 Back to Exploring Flooring
Chroma.im 2018 - All Rights Reserved
Site: Redcetera